In the Name of Allah, the Most Gracious, the Most Merciful

We have all heard stories about bad people who do their best to defraud others and rob them of their life’s savings. Someone may have experienced thieves breaking into the home and robbing one’s possessions. But there is a thief who wants to rob us of the most valuable possession of all—our eternal life and our future as this thief works through deceptive practices, from selfish vanity to immodesty to dangerous beliefs, pursuing to turn people away from the truth and from the way of life that will bring true contentment. It is well established in the Quran that Satan is our worst enemy who never misses an opportunity to attack and ambush the human.

To tackle the enemy one must understand him. Consider this popular saying by Sun Tzu:

As Muslims, we need to be aware of Satan’s schemes. In this essay, the discussion will be on three of his most serious modern deceptions and solutions to avoid those traps.

Muslims are firmly a part of the modern world and continue to struggle with the challenges of modernity such as questioning the applicability of the Quran and denial of hadith. This is the disease of post-enlightenment intellectual thought that emphasizes reason and science. Many muslims are trying to reinterpret the sacred scripture in ways that make it more plausible in the context of scientific rationalism. This begs the question: how this is a deception of Satan? Satan works by inducing Shubhaat (doubts) and by inciting Shawaat (desires) in people as mentioned by Allah SWT.

The doubts in Islamic divine sources can lead one astray. When one denies the authority and authenticity of divine scripture by suggesting that scripture should change with time, one gets involved in rejecting the attributes of Allah as if He doesn’t know what will happen in later times. This leads to eventual denial of the divine wisdom and unlimited knowledge and power of Allah SWT.

Western academics also attack hadith as part of aggression against Islam. They claim that we don’t really see hadith being compiled until at least 100 – 150 years after the death of Prophet ﷺ. The hadith skepticism is not only taken up by non-muslims but some muslims have also fallen victim to this work.

The recording and writing of the Prophetic Hadith started during the time of the Messenger ﷺ. In this reference, it is worth mentioning that Abu Hurayrah R.A bears testimony for Abdullah Ibn Amr that most of the hadith are from him as he used to write them in the time of the Messenger ﷺ. The orientalist tried to cast doubt about hadith knowing that the Quran is only explained how Allah intends it to be, by way of the hadith of the Messenger of Allah. A large portion of the Prophet’s hadith was preserved by memorization. From the tradition of oral transmission to the careful handling of manuscripts, to meticulous dictation sessions, unparalleled memory skills, the exceptional precision of Islamic civilization, analytical expertise vis-à-vis the hadith literature establishes confidence in its authorship within the hearts of its readers. Unjustified skepticism of such a robust system can lead a person to doubt all transmitted knowledge. Allah has preserved the hadith and the Sunnah of His Prophet because in that is the preservation of the meaning of the Quran.

Indeed, it is We who sent down the Qur’an and indeed, We will be its guardian. (Surah Al-Hijr:9)

We sent [them] with clear proofs and written ordinances. And We revealed to you the message that you may make clear to the people what was sent down to them and that they might give thought. (Surah An-Nahl: 44)

Similarly, some people claim that the Quran is critical but hadith is not. There are several basic issues, which many are overlooking. The Quran is transmitted to us through the companions of the Prophet ﷺ. The same body of Sahabah also transmitted hadith. If one says that hadith is not trusted by Sahabah then by extension it means it can’t be trusted with the Quran. Furthermore, the context of Quranic verses comes from the Seerah (like the background of the revelation of particular verse) and if one tries to understand the Quran without knowing the context, then it leads to greater confusion.

One is required to study the Quran and Hadith sciences before blindly following the claims of others. Because it is not possible for a muslim to understand the Quran how Allah SWT intends it to be understood, except by way of the hadith of the Messenger ﷺ. Secondly, a person should research and seek knowledge impartially, not biased for a particular madhhab (school of thought), religion, or the likes of that. Sincerity and open-mindedness are two important elements here but moreover, it requires to study the overall context and message of the Quran, background behind the revelation of Quranic verses, the teachings and life of the Prophet ﷺ, the familiarity of the earliest muslim generations, as well as the syntactical, grammatical, and etymological nuances of the Arabic language.

Deception #2: Advent of Technology and Envy

Rage and jealousy are weapons of Satan. With inescapable access to social media, we face a lot more envy triggering material than we ever did before since everyone presents their best selves on services like Facebook, Instagram or Snapchat.

Social technologies are definitely not a completely negative force in our lives. They do us much good like allowing us to build relationships with important individuals that we would never have connected with otherwise. But, we need to understand the emotional landscape of our digital homes in order to avoid sharing every single moment of our lives publicly. We learn from the Quran and Sunnah that jealousy and evil eye are real so with calculated use and wise decisions, the world can be built with more humility, gratitude and less enviousness.

Satan tempts us with our impulse and wants us to obsess about things that gave birth to the idea of consumerism. Satan wants humans to be fanatical by creating this throw-away society. Wanting things is not bad but as it is mentioned in the Quran, he whispers in our chest and manipulates emotions, attractions, and desires. The biggest problem with consumerism is the fact that people do not realize that there is a problem. Satan uses this ignorance and twists our needs to overwhelm us with them. However, this should come as no surprise, since consumerism implies exactly that – using as much as we can, rather than only as much as we need. This causes a domino effect of problems on society. Over-consuming leads to further worldwide cultural, social, mass environmental destruction problems such as pollutant emissions, deforestation, and waste disposal. It is becoming a problem across the globe, and oceans are slowly but surely becoming a giant waste-dumping pit.

It is clear that a reduction in consumerism requires a change in current lifestyles. Consumerism, of course, is a problem for humanity, not just Muslims. It is a cultural behavior and symbolizes certain attitudes. In fact, if one really looks at them carefully, most religions teach moderation and a quiet, simple, pious life. Consumerism is the opposite. It is complicated, wasteful and ostentatious. The danger is that people rationalize this catering to desires in terms of “progress” or “modernization,” but this is only an illusion of satan. In Islamic ethics, there is the concept of zuhd means living simply with the real necessities of life, which is the opposite of consumerism, and can be a valuable concept for examining consumerism, as well as an important key to formulate an Islamic response to it. But having such a useful concept is only half the struggle, putting such concepts into practice is another half of the story. The consumer society offers innumerable luxuries for those who can afford them; once one is fully addicted to that lifestyle, it is very hard to let it go. In Islam, we have a strong tradition of social solidarity with our fellow beings while consumerism is making us selfish and greedy, which are condemned in Islam. Prophet ﷺ predicted that this (greed) would be the cause of our destruction just as it destroyed the nations before us. And that is the ultimate goal of Satan to destroy humanity by distracting it in pursuit of worthless.

The battle against Satan can only be won if we are aware of his traps because the exposure of evil is a warning against falling into it. Satan will confess to his sins and mischief on the Day of Judgement. He will declare before all of the creation that truth lies with Allah and that he (Satan) is a liar.

It should be realized that the message of all prophets is crystal clear which they successfully used to defy, the illnesses of society and to effectively cure them as per common methodology.

However, Satan came and introduced ambiguities into the clear message, mixed poison with the cures, and veiled the straight path by creating countless deviant paths around it. Down through the ages Satan continued to play with people’s minds until they involved in absurdities, sins, and innovations.

One should seek refuge from the deceptions of Satan by applying the means of protection prescribed in the Quran and Sunnah of Prophet ﷺ. Hence, a believer should always confess his sins, regret his mistakes; criticize his nafs and rebuke it; repent often and should not be hopeless of Allah’s Mercy.

Zaman, Muntasir. “Can We Trust Hadith Literature? Understanding the Processes of Transmission and Preservation.” Yaqeen Institute for Islamic Research. October 30, 2018. Accessed May 23, 2019. https://yaqeeninstitute.org/muntasir-zaman/can-we-trust-hadith-literature-understanding-the-process-of-transmission-and-preservation/#ftnt53.

This site uses Akismet to reduce spam. Learn how your comment data is processed. 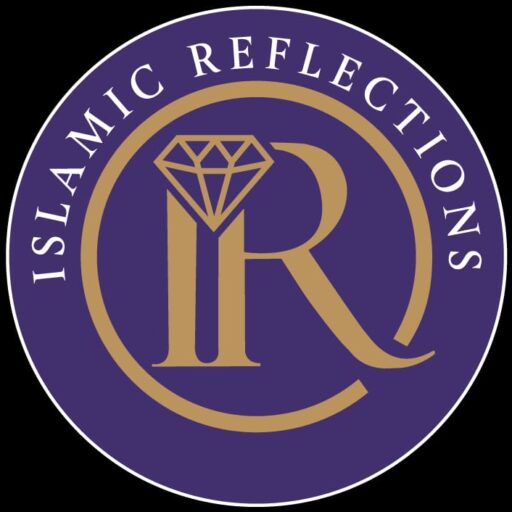 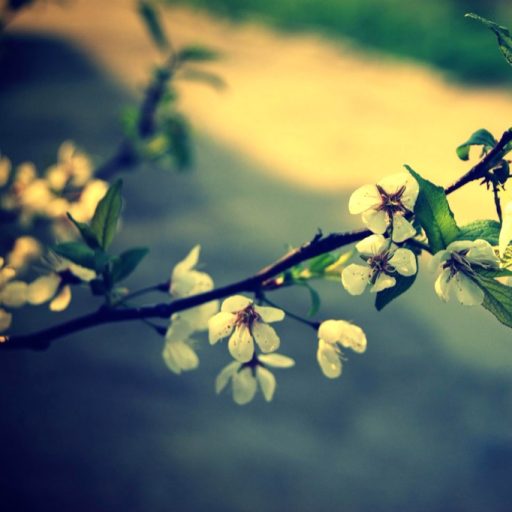 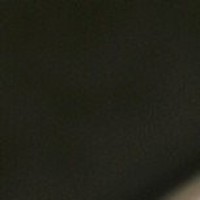 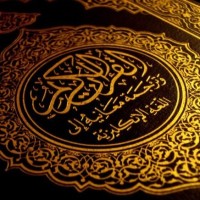 Back to top
Verse By Verse Quran Academy

These little thoughts of mine

About Trending news, sport, pics and videos for students, youth and anyone that cares!

Words To The Heart
Quest for Paradise

Striving for the Pleasure of Allah & His Gardens of Bliss